The first scientific and mathematically sound attempt to devise an optimal blackjack playing strategy was revealed in September 1956.  Roger Baldwin, Wilbert Cantey, Herbert Maisel and James McDermott published a paper titled The Optimum Strategy in Blackjack in the Journal of the American Statistical Association.  This paper would become the foundation of all future sound efforts to beat the game of blackjack. Ed Thorp would use Baldwin’s hand calculations to verify the basic strategy and later publish (in 1962) his famous book Beat the Dealer, which would change the face of blackjack forever.

TIP: Use quotes ” ” to limit search to phrase! 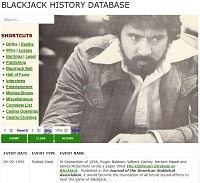 The history of blackjack and card counting is filled with many colorful characters and interesting events. The Blackjack History Database1)This database is maintained by Michael Dalton – editor/publisher of the Blackjack Review Network.  There are a few requirements to get in the database.  The event must be historically significant and factual and/or the product (book, software, video, etc) was recommended in the Encyclopedia of Blackjack.  There may be a few exceptions!  In any case, report your event here., found on BlackjackReview.com and BlackjackHistory.com, includes blackjack and card counting history and events, births and deaths, barrings and legal action, card counting team exploits,  blackjack book and report publishing dates, casino openings and closings, etc.  See footnote below for information on “sensitive information” regarding advantage players and card counting.2)An attempt has been made to not divulge sensitive information regarding those still involved in beating the casinos.  For example, we do not disclose birth dates and/or (real) photos of advantage players or card counters without prior permission unless that information is readily available on the Internet.  A request can also be made to hide this information.


Do you know of a historical blackjack event that is “not” in our database?  Submit it today and be a part of history!  Check our Research Notes for ideas.  Want to promote your blackjack site or your own legacy?  Then submit historical information such as accomplishments, publication dates, interview dates, births, barrings, wins, losses, legal actions, etc.  Want to be inspired? Visit our home page daily for a historical “on this day” fact and/or gambling quote of the day.


The best (in my opinion) historical summary of the game of blackjack was written in 2006 by Arnold Snyder.  You can find part of this material on  Blackjack Forum Online and the complete material in Snyder’s book The Big Book of Blackjack.   Much of the early history shown above is from Snyder’s research. Other good sources of information include: 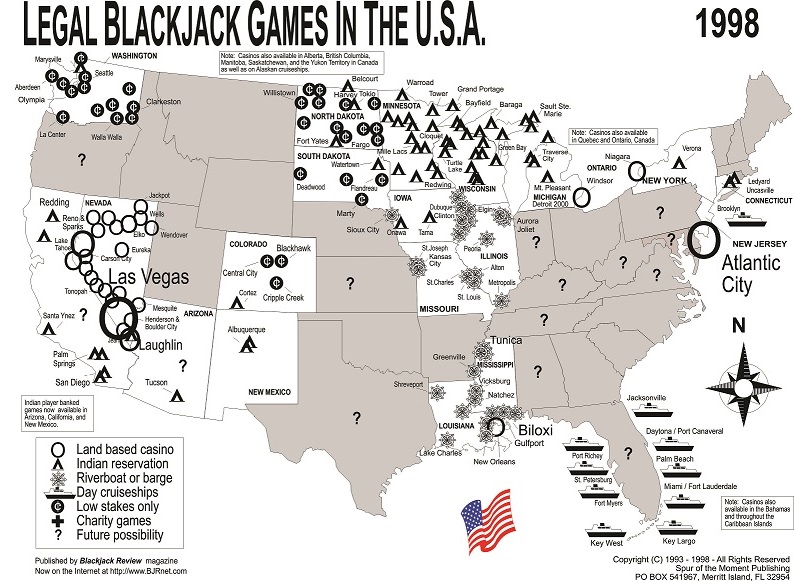