Uston, Kenneth (aka Kenneth Usui) (Jan 12, 1935 – Sept 17, 1987) The famous professional player and author of several blackjack books including The Big Player and Million Dollar Blackjack.  Ken Uston was probably one of the most flamboyant, controversial, and famous characters the blackjack world has ever seen. Uston and his teams reportedly won millions in Las Vegas and Atlantic City casinos during the late 70’s and early 80’s.

Ken Uston’s blackjack career quickly became a legend. Since giving up his senior position as a Senior Vice President of the Pacific Stock exchange, having degrees from Yale and Harvard, Ken quickly achieved both admiration and hate from casino bosses and fellow card counters alike as he had his own ideas how to “go about business”, challenging major casinos both on the blackjack tables and in court rooms as casinos tried to bar him and other card counters from playing their blackjack games. He essentially beat the Atlantic City casinos into submission and to this day his court victory allows anyone counting cards to play without being barred in New Jersey.

Ken swept through the casinos even when they tried to bar him, cosmetically disguising himself and inventing some hilarious characters along the way. His legal team combated the casinos in their attempts to persuade the gaming commission that card counting was nothing but cheating. He was beaten and threatened several times and generally treated without the constraint found in today’s litigious society and ‘corporate’ Las Vegas. Ken’s game was big money and casinos weren’t about to just give it up easily.

EXAMPLES OF SOME KEN USTON DISQUISES 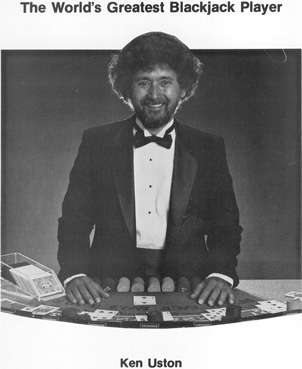 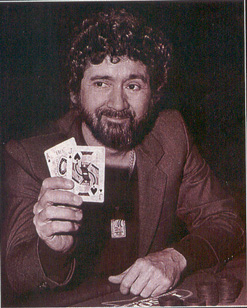