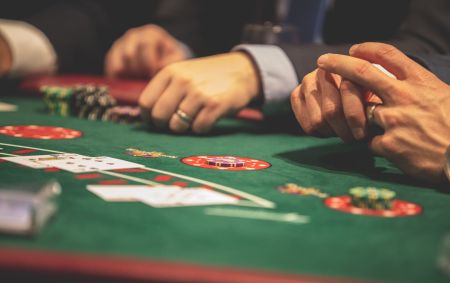 Blackjack is a popular casino game, where you need a combination of skill and luck. Today, there are many different variants you can try, but classic 21, still remains the most popular.

As you might already know, there are certain strategies you are able to use, to increase your odds, which in turn leads to fewer losses and more wins.

In this piece, we examine some of the most successful blackjack players ever to beat the casino and win huge amounts of cash. Some of them won the money in one session, whilst others cashed in vast amounts of money over a few years.

If you wish to try your luck at blackjack, the first thing you need to do is master the rules of the game. From there, you can learn strategies and beat the house. Of course, you’ll need lady luck on your side, but being a mathematical whizz helps too. Moreover, to win big, you must be willing to make large bets.

Let’s get started, here are some of the biggest winners ever in blackjack:

The Australian billionaire businessman made quite a name for himself at blackjack, both winning and losing huge sums of money. He was famous for his gambling activities, once offering to bet a Texas tycoon $60m on a coin toss. For him, it was chump change.

In 1991, in one of his most successful sessions, he made $7m, yet this is not his most profitable outing. Four years later Packer won a whopping $40m in just under an hour at the MGM Grand, Las Vegas. The way he did it was to bet $250K on 8 hands simultaneously, and it’s fair to say luck was on his side. The dealer also had an unforgettable evening too, as Packer tipped him $1m.

The group of around 80 students who used mathematical models to beat the casinos is the most profitable blackjack player of all time. Led by Bill Kaplan, it’s estimated the team has won anywhere between $50m – $100m.

Their story was the inspiration behind the 2008 Kevin Spacey movie – 21, based on the novel, Bringing Down the House. The film was highly rated but in some parts of the world such as the Middle East, it was rated as 21+, because of gambling.

In the Arab region, gambling has come a long way since 2008, as Arabs are able to play online via the use of a VPN and deposit in cryptocurrency. To help Middle Eastern players, comparison sites put all the best online casinos in one place, and each one is reviewed by experts. In addition, on the platform Arab players can claim the latest welcome bonuses and select operators that support both English and Arabic.

The President and founder of UFC1)UFC = Ultimate Fighting Championship, a global mixed martial arts organization. According to Wikipedia, in August 2019, White’s net worth was estimated at $500 million. has made quite a name for himself with his blackjack exploits. His biggest ever win was $2m, where he tipped the dealer a whopping $200K but he could have won more. The casino thought Dana was counting cards so his winnings were capped, and it wasn’t until 2014 that he was allowed to play his favorite table game again.

Nonetheless, his betting stakes were limited from $25k per hand to $5k, but it still didn’t stop him from winning big. In just under 3 months, he pocketed a cool $2m, he says he uses a mathematical strategy to gain an advantage.

In a literal rag-to-riches story, shoeless Joe turned up at a casino without any shoes, as his wife had just kicked him out. He took his $300 social security check and turned it into an astonishing $1.5m in just one day!

It was more luck than judgment, as he was splitting and doubling down on questionable hands. Lady luck was clearly on his side, but he eventually lost all his winnings after the legendary session.

Don Johnson is a property tycoon, so he is able to make huge bets. Many believe he is a mathematical genius who made clever bets and won an estimated $15m in five months between 2010-2011, in Atlantic City.  Those clever bets included loss rebates and other advanced techniques to gain an edge over the casino.

His calculated style as well as huge bets were the reason for his roaring success.  He was inducted into the Blackjack Hall of Fame in 2017 and still plays blackjack to this day. Johnson has repeatedly said he is a big fan of the game and has been playing it since he was young.