Casinos are some of the most unique places on earth. To put it briefly, they are always on a knife-edge. What we mean by this is that no matter the moment you are there, there is always the feeling that something could happen. An eruption of cheers from the roulette table, a tense stare down at the poker table, the sudden soundtrack signalling a big win at the slots, or a moment of magic that only the game of Blackjack can produce.

Blackjack is a unique game for a number of reasons. It is a game that invites any and all to give it a go. The rules, while being straightforward, still offer the opportunity to learn when to stick and when to attack. If there is any casino game that best defines the knife-edge atmosphere, look no further than Blackjack. 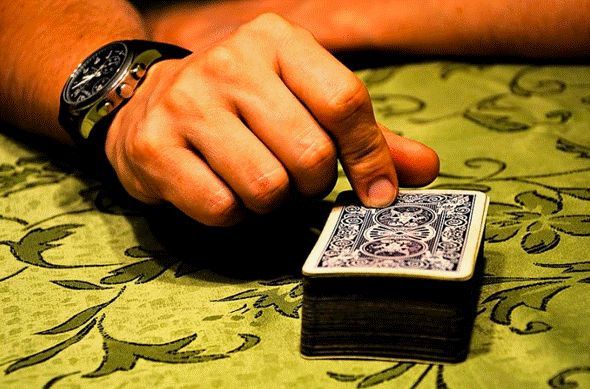 This, coupled with the swirl of happenings that you will encounter on the casino floor, has resulted in the game of Blackjack playing a crucial role in numerous films throughout history. It can used to add a certain twist, to represent a moment of decision making for one of the characters, or to act as a metaphor for what ever adventure may lay ahead for the protagonist. Let’s just stay, just as when you play yourself, it offers a lot of opportunities for film-makers.

It is for this reason that we decided to put this article together, to highlight three of the best Blackjack moments in film history. It is, and always will be, one of the most popular card games. While being one of the oldest, its simplicity continues to captivate generation after generation. So much so that blackjack games at Wildz online casino prove to be one the most popular options even in the age of technology. So, without further ado, let’s delve into why blackjack and narrative were always born to cross paths…


Rain Man is a 1988 American road comedy-drama film directed by Barry Levinson and starring the incredible Dustin Hoffman and Tom Cruise. In this heartwarming tale, the pair combine to put Raymond’s (Hoffman), an autistic savant, mathematical powers to the test.

After Charlie Babbitt (Cruise) discovers that his estranged father has died and left virtually all of his multi-million-dollar estate to his other son, Raymond, the pair go the road trip of all road trips.

Charlie, in financial debt, soon discovers Raymond’s skills and they devise a plan to win the money he owes at the blackjack table. What follows is the process of two brothers forming a friendship, as well as the demonstration of what the Blackjack table can offer. Two words, must see.

In our opinion, Swingers is one of the most underrated films in the history of cinema. It tells the tale of the lives of single, unemployed actors living on the east side of Hollywood, California, during the 1990s swing revival. Down on their luck, they plan a trip to Las Vegas in the hope of finding some meaning amongst the chaos.

When it comes to Blackjack, Swingers is home to one of the burning questions that enters the mind, on at least one occasion, of every Blackjack player. The scene involves a disagreement over whether or not you really should double down on eleven or not. It is a moment that truly demonstrates the genius of Vince Vaughan and Jon Favreau. The conclusion, “you always double down on eleven, baby”. Oh, and by the way, we couldn’t agree more.1)Most movies do not depict blackjack card counting correctly or realistically.  Even the movie 21 is embellished to a great degree. Actually, you don’t always double on eleven.  Blackjack basic strategy tells us that in single and double deck, yes, but if you are playing against a shoe game, you don’t double on 11 against a dealer Ace!

You may have been starting to worry, but do so no longer, of course we have a James Bond moment. For so long, James Bond and the world of casinos have been popping in and out of our lives. It is no surprise based on the fact that both Bond the character, and the casino as a location, both live life on the exhilaration of the road less traveled.

While there was more than one option, we opted to include a scene from License to Kill in our list. The reason being is the stakes. He arrives in town with five million dollars and plans to make an impact from the start. Let’s just say that things get tense, and fast.

Blackjack and film are simply a match made in heaven. It can quickly introduce a nail biting moment of hold your breath tension. It can be used to signal a change in luck for a character, a cross roads or just about anything in the right context.

There is a reason why Blackjack remains one of the most popular casino games of all time, and film is a great way to demonstrate why.