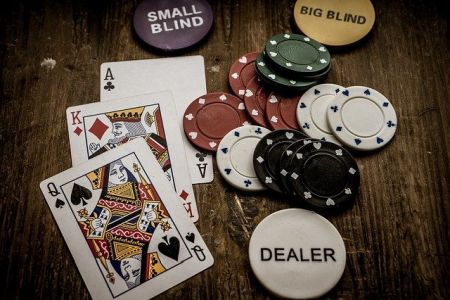 Card games were introduced in New Zealand in the 19th century by the British colonialists. Sources of entertainment on-board the ship were limited so cards became a favorite pastime activity. As the ultimate ice-breaker, the 52-cards are loved both by friends and strangers. Online casino card games have continued in the same trajectory, gaining massive clientele with their exciting games that are always kept current. Players in New Zealand can check out $1 deposit casinos by Zamsino NZ and try card games with the lowest deposits.

Blackjack is a card game whose object is to be dealt cards that have a higher count than the dealer but not exceeding 21. The dealer, who is charged with running the game and handling the bets, remains standing. The players sit on the opposite side.

With a strategy similar to that of a coin toss, baccarat starts with 2 cards dealt respectively to a player hand and a bank hand. Face cards and tens do not carry any points. A bet is placed on either hand, that which is closest to 9. Correctly betting on a winning player hand gives a 1 to 1 payout, while a winning banking hand qualifies for a 1 to 1 pay out less 5% commission. A winning tie bet gives an 8 to 1 payout.

This card game is played with a dealer on one side and up to seven sets of wagering areas for the players1)A  typical holdem game can have up to 10 players.  However, most players prefer between 6 and 9 players.. It has two main versions namely tournament and cash game. Every player is dealt two cards facing down. These are known as your hole cards.  After this is the pre-flop round where the players get into the betting stage where they can check, bet or fold. Once all the betting is done, the game proceeds to the flop stage where three shared cards are dealt facing up.

Another round of betting precedes sharing of the fourth card called the turn. A subsequent round of betting happens when the final card (the river) is shared, then a final round of betting. At this stage, the players are looking to make the best possible hand of five cards using the hole cards and the five cards in the middle of the table. This is known as the showdown. The other way that a player can win is to bet enough such that the other player(s) fold.

This is a game consisting of a wheel and a small ball. A wager is placed on which compartment of the revolving wheel the small ball will rest in.   Blaise Pascal is the Frenchman who is credited with devising this game in the 18th century. The American-style roulette evolved from having the wheel placed on top of the table so as to curb widespread cheating by the gamblers and operators. The online version of Roulette has continued gaining popularity in New Zealand due to accessibility and the ease of play.

This version of the poker game gained its popularity from its ease of play and extra chances of winning. A few differences from mainstream poker is that in three card poker, a straight beats a flush, while three of a kind beats a straight.

It is important to familiarize oneself with the rules of each card game, together with the different strategies required to win. Play safe and remember to only bet money that you can afford to lose.