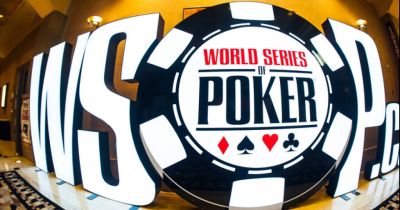 Main Differences and Which Is More Popular


Poker has snatched the spotlight from classic casino card games, with countless popular TV shows and even dedicated 24-hour channels airing across the world. The World Series of Blackjack (WSOB) and the Ultimate Blackjack Tour were popular but didn’t have the same following as Texas hold’em poker. But what are the primary distinctions between the two most popular casino card games?

There is quite some overlap between the two tournaments. Martin Jacobson, Sweden’s top poker player, celebrated by playing blackjack, or “Spela classic blackjack” in his home tongue, after winning the WSOP main event in 2014.

Phil Hellmuth, who is most known for his poker skills, won the ‘All-Stars Tournament’ table in season two of the Ultimate Blackjack Tour.

You compete against other players in a poker tournament. Some consider poker to be the purest form of competitive gambling. Even though the game demands great skills and abilities, it is mostly a battle of wits.

Because of the game’s short-term unpredictability, novices and low-skilled players can overcome the odds and beat even the most talented players. The game is simple to learn and is a great environment for beginner casino gamers. As a result, you’ll notice a lot of crowded poker tables, which makes the game rather lively.

In a regular blackjack game, on the other hand, you’re not up against other players. As a result, the set of talents you hold will have no influence on other players at the table (and there is no need for it). In the simple game of blackjack, you’re up against the house.

Furthermore, blackjack is a straightforward card comparison game. As a result, the level of competition differs from that of poker in some ways.

Another way to compare and contrast the two games is by taking a look at their distinct elimination rounds.

Instead of competing just against the dealer’s hand, the goal of a blackjack tournament is to earn more chips than the other players at the table. A round is made up of a set number of hands. The player with the most chips after the round is named the winner and advances to the next round, where he or she will compete against winners from other tables.

The number of competitors is reduced until only six remain, who are placed against one another at the final table. The winner will earn the majority of the tournament’s prize fund, while the remaining participants will receive a smaller amount.

Aside from winning the event outright, any blackjack player aims to finish in the money and take home a share of the prize pool.

You can lose chips in tournament blackjack, but if you end up with more than your opponents, you can still win the round. In addition, your maximum loss is restricted to your entrance fee or buy-in, but losses at a regular casino table can quickly build up.

As a result, the two fields’ techniques diverge. In a casino, splitting tens—a statistically winning hand—would never be considered, but in a tournament, it doubles your chances of adding to your chip stack.

A blackjack tournament’s competitive aspect also determines how aggressively players will play. If you’re trailing in chips in a competition, it’s time to take some chances. Two of the best books on blackjack related tournament strategy are Stanford Wong’s Casino Tournament Strategy and Kenneth Smith’s How to Win More Blackjack Tournaments.

Poker tournaments follow the same format as blackjack tournaments, with elimination rounds leading up to the final table, when the prize pool is split. To add to the excitement, the player with the smallest stack could be evicted from the table after a certain number of hands.

There is also a distinction between poker tournaments and cash games. Some people are astonished to hear that the monetary value ascribed to chip stacks during televised poker events are purely for show.

They serve as a visual cue to viewers and other players as to who is leading the stack, but the chips themselves have no monetary value. The only thing that counts is the person that will win.  There are many books of poker tournament strategy but the one book that all serious players must read is David Sklansky’s Theory of Poker.  Although this book is not specific to tournament poker it gives you a solid base on which to learn more.

In poker, a blind bet is a wager placed before getting your cards, which are dealt around the table after each hand. Typically, one player must place the “small blind,” while the person to his left must place the “big blind,” which is a greater stake.

These are the only two bets in poker that must be made before seeing your cards, and they are in place to prevent too much passive play, such as passing on every hand. In this way, blackjack differs from other games in that you must place a wager before receiving your cards.

Poker is available at practically all casinos. You are not, however, limited to only viewing live rooms. You can take part in a variety of poker tournaments. As a result, poker might be considered a live game. Since you’ll be competing against other players, the tournament will allow you to learn from a variety of individuals.

As a result, simply studying others can help you improve your skills. As a result, improving your poker skills will allow you to earn more money in more poker tournaments and other events. Players can boost their chances of earning a life-changing prize by enrolling in real money casinos.

It’s no secret that some blackjack players make a career from the game. Blackjack, like any other game, is meant to generate money for casinos. As a result, casinos have the right (and happily exercise it) to set the rules of the game. Simply put, if you’re skilled at this game, you’re milking money from casinos, which they aim to prevent.

Few would disagree that professional poker requires a higher degree of skill than blackjack since there are significantly more variables in play. Players must learn to read other players and respond to a far wider range of card possibilities.

At the grassroots level, though, blackjack involvement is substantially greater. Both blackjack and poker tournaments are entertaining for everybody participating, and each is popular in its own way.

Overall, both types of tournaments have advantages and disadvantages. Poker is an excellent choice if you’re creative and enjoy the psychological aspects of the game. Those who are interested in statistics and probability, on the other hand, will like everything that blackjack has to offer.