The history of gambling in New Jersey and Michigan is pretty interesting. In the case of New Jersey, the state government has gone a long way in bringing online gaming to New Jersey residents. From the 1970s, when the state’s first casinos were allowed, to the last decade, when internet betting became a reality in New Jersey. As for Michigan, the battle to legalize gambling took over 30 years. From the first officially recognized tribally-owned casino in Brimley to fully-fledged online action available in every corner of the state, the gambling industry of Michigan came a long way. 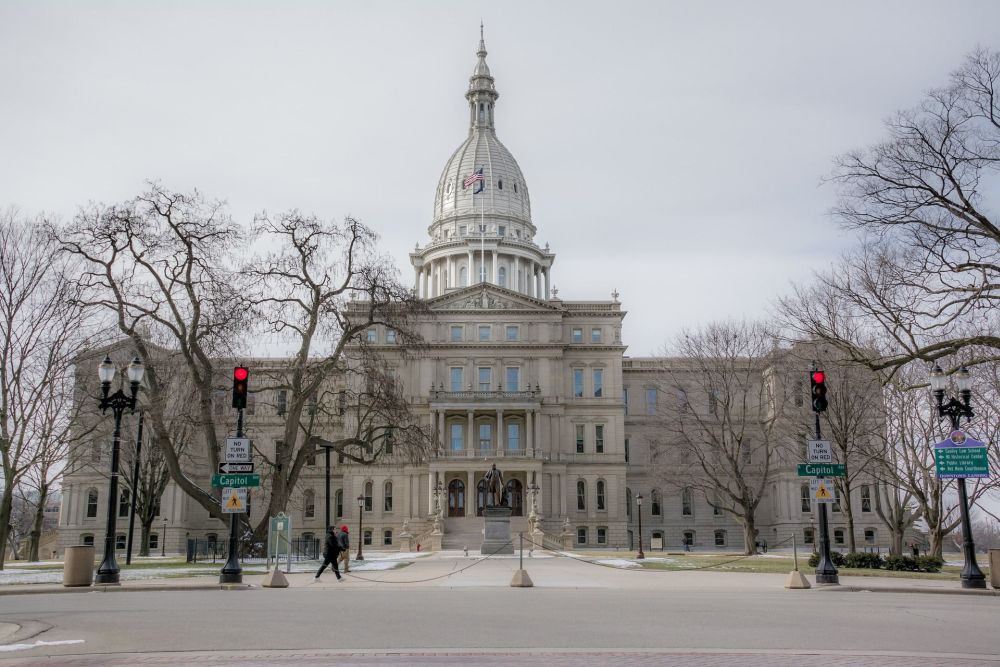 Residents of Atlantic City decided in 1976 to legalize casino gambling in order to strengthen the local economy. The New Jersey Casino Control Act was approved a year later, in 1977, enabling casino gaming in Atlantic City.

The Taj Mahal, owned by former US President Donald Trump, was the most controversial casino project of the 1980s. The Taj Mahal opened its doors on April 2, 1990, as the world’s largest land-based casino at the time, with 120,000 square feet of gaming space.

In 2013, NJ governor Chris Christie signed Bill A2578 which fully legalized online gambling in the Garden State. Later on, the first online casino players made their bets.

In 2019, PASPA was abolished, which allowed players to bet on sports. Later in the year, Bill 4111 was signed, and it allowed racetracks and casinos to accept bets. And now, the industry is bustling, both the online and offline components. Blackjack tables, the games with one of the highest RTPs1)RTP is an acronym for Return To Player, a term casinos use to describe the percentage of all the wagered money that is paid back to players over time., never have empty seats on them. You can find more at iGaming NJ, learn how to win more, and find the best blackjack sites in New Jersey.

Governor William Milliken signed Public Act 239 into law in 1972, establishing the state lottery and naming Gus Harrison as the state’s first Lottery Commissioner. In 1973 we got our first millionaire, Hermus Millsaps became the first when he won $1 million in a state lottery. If you are looking for more stories like that and everything about the timeline of online gaming in Michigan – visit iGaming MI, a great source or information about the gambling industry in the Great Lakes State.

In 1984, Fred Dakota of the native Indian tribe called Keweenaw Bay, challenged the state of Michigan when it came to the regulation of Indian gaming by opening a blackjack table in his garage.

In 1996, voters in Michigan adopted Proposal E, allowing the building of three privately operated casinos in the state capital, which was a watershed moment for would-be gamblers in Detroit.

MGCRA is an act which controls gaming and its revenue in Michigan, and it became law after being signed by the governor in 1999. The MGM Grand Detroit, MotorCity Casino, and Greektown Casino-Hotel all opened their doors in late 2000.

The Michigan iLottery was established in 2014, allowing citizens of New Jersey to purchase lottery tickets as well as games like Mega Millions, Lotto 47, and Powerball online.

In 2019, despite the attempts of ex-gov Rick Snyder, Gretchen Whitmer legalized gambling in the state of Michigan. A year later, a number of casinos opened their online sportsbooks, like Greektown Casino-Hotel, MGM Grand Detroit, etc., and then they were followed up by proper legal online casino platforms.

ABOUT THE AUTHOR: Arsenii Anderson, Head of Content at Intress Media