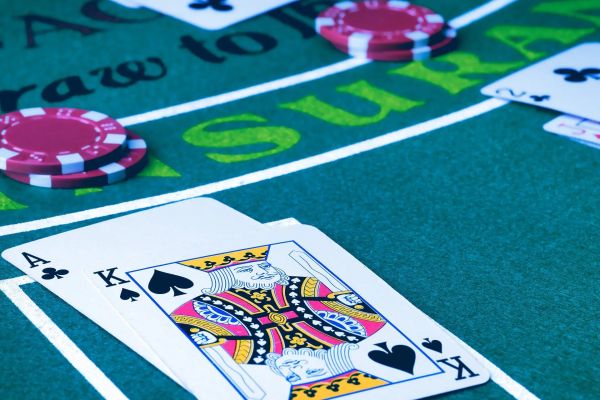 Blackjack is usually considered the easiest online casino game to grasp. Be that as it may, the game has multiple variations, which you must be aware of. Before you play online blackjack for real money, you need to understand how each variation works. This will help you decide which one gives you the best value for your money.

As mentioned earlier, there are several forms of blackjack. This piece will focus on five of the most popular game variations. They are also the ones that are primarily played on online casinos globally.  A bit of caution:  Don’t play games that only pay 6 to 5 on a blackjack.  The correct payoff should always be 3 to 2.

American Blackjack, also referred to as Classic Blackjack, is the most widely played game variation. Here, the dealer gets both the cards right away, with one face up and the other face down. The card with the face down is usually referred to as the hole card.

The objective of this game is to beat the dealer and/or get as close to 21 as you can. In American Blackjack, peeking is permitted for the dealer if their up-card is a face card, a ten, or an ace. Unlike European Blackjack, you will be allowed to avoid increasing your wager in situations where the dealer has a natural blackjack. The game lowers the house edge by 0.05% in such a case. Besides that, the game is based on the standard blackjack rules and strategies.

European Blackjack is another popular blackjack variation, especially in the United Kingdom. This variation of the game puts more restrictions and limitations on the players. It also promises players a house edge of around 0.39%. It usually uses six decks, allows splitting aces, but does not let you split 4s, 5s, or ten valued cards.

The fundamental difference of this blackjack variant is that the dealer does not get his hole card until the player has made a playing decision as per the cards he is dealt with. European Blackjack does not allow dealer peek or surrendering.

The Vegas Strip is also a popular blackjack variation among many online casino players. It gets its name from where it was originally played. The Vegas strip is a four-mile stretch of South Las Vegas Boulevard where you will find many hotels and casinos.

This blackjack variation is very similar to Classic American Blackjack where the game’s main objective and rules are identical.  Vegas Strip Blackjack’s main difference is that the dealer will stand on soft-17, you can double after splitting a pair, surrender is not allowed and the number of decks used is usually 4 decks.

This blackjack variation is unique because it allows players to place two identical wagers plus a side bet. The player bets on two hands first, then the game allows them to switch the second cards with one another if they want to.

Geoff Hall, a respected casino games architect, created Blackjack Switch. The variant is prevalent in many top-rated online casinos. Besides the opportunity to switch, the game has one other prominent feature. That is, Blackjack Switch does not consider a dealer’s hand of 22 a bust. Instead, the game counts it as a push or draw, except when a player already has a natural blackjack, not prompted by a switch or split.  However, a player blackjack pays even money in this game.

Blackjack Perfect Pairs is an excellent example of a side bet growing as popular as a variant itself. In this Blackjack variation, the first two cards a player gets form a pair. The game has three types of pairs having different payout odds.

So, what’s a pair? A pair consists of two cards having the same numerical value between 2 and 10 and the same face value for the face cards and aces. As a player, you have to decide whether you want to place the Perfect Pairs side bet before the cards are dealt. After that, it will be settled before the main game is played out as per the casino rules.

How Do Blackjack Games Differ?

Several variations restrict the cards players can double down on. For example, European Blackjack only allows players to double down on totals of 9, 10, or 11.

In other variations, players can increase their wager by 100%, while others allow more flexibility regarding how much you can up your bet by. Additionally, other Blackjack variations restrict doubling down on post-split hands.

It is obviously better for the player if you can double on any two cards and have the ability to double after splitting a pair.

How Many Times You Can Split

You will encounter differences in the number of times you can split when you try different blackjack variations. For example, American Blackjack lets you split up to three times in the game. This means that you have up to four hands to play. On the other hand, European Blackjack limits splitting to only once per player per hand.

The best games a player can play are those that have the fewest restrictions and the best rules.