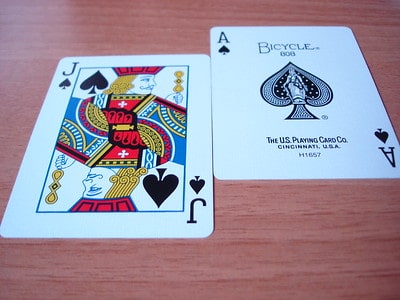 There aren’t many card games that, while essentially being the same, have quite so many names as blackjack. There’s “Vingt et Un” which alludes to its supposed French origins, and “Twenty-One” for its English equivalent. Then there’s “Pontoon” which is another name for a bridge – but not related to the other card game at all. This allegedly caught on during the First World War among soldiers playing the card game in the trenches.

But perhaps the most fascinating stories of all come from the many different uses there have been of the name blackjack over the years, not to mention how it got the name in the first place.

The most popular theory of its derivation comes from when it was first introduced to the United States, although the precise timing is uncertain with some accounts stating it was in the 19th century and others claiming it wasn’t until the 1930s.1)For more information about the history of blackjack visit BlackjackHistory.com.

As the story goes, casinos and gambling houses saw the potential of the new game and wanted to maximize its appeal. So a rule was introduced that any player scoring 21 with the ace of spades and a jack of spades or clubs would get a bonus pay-out of 10 to 1. Even after the bonus rule was dropped, the name still stuck.

Of course, there are very different kinds of casino bonuses available today – as one can easily discover by visiting a site like Bonusfinder New Zealand. Many of these need as little as a $1 deposit to claim them and to start playing both online and live blackjack. Some of the casinos featured are even targeted specifically at New Zealand and one in particular, Captain Cook’s, has interesting connections to a number of other uses of the word blackjack.

One of the more sinister meanings of blackjack refers to a weapon carried by sailors consisting of a length of woven rope with a lead weight at the end, carried ashore as protection in case of trouble – quite possibly involving disputes over card games. Other nautical meanings also include a tar-covered barrel containing beer carried on ship as well as being another word for the skull and crossbones “Jolly Roger” flag carried on pirate vessels. 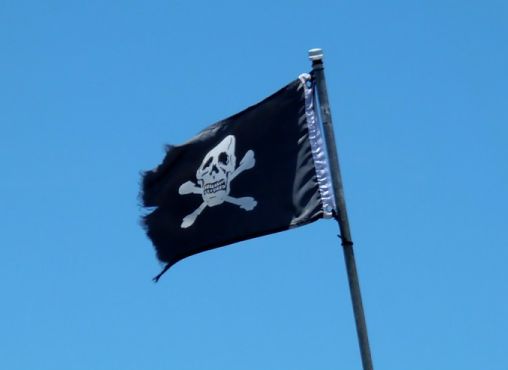 While it’s likely that many sailors did use to while away long hours at sea playing cards, there’s no way of being 100% certain whether this is where the derivation of the name originated.

Another, land-based theory comes from the time of the Klondike Gold Rush of 1897-98 when thousands ventured into the wilds of Alaska in the hope of making their fortune. Blackjack is the popular name of the mineral zinc blende (ZnS), often found in the vicinity of silver and gold deposits. The theory is that this also then became the popular name for the highest-scoring hand in the game amongst the prospectors of the time.

Whichever of these derivations is correct, it remains the case that the game is as popular today as it’s ever been, arguably thanks to its elevated online profile. This also means that innovative versions are being constantly introduced with different rules and ways of playing but, as yet, there seems to be no new names to get used to!