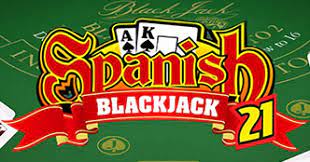 Blackjack is undoubtedly a popular casino game in the world. The online variants are becoming more popular due to the ease of accessing the game. Players can play blackjack from the comfort of their homes and win money while at it. There are many versions of blackjack and the popular version of the game in Latin America is referred to as Spanish blackjack.

What are the Rules of Spanish Blackjack?

The Spanish blackjack, also known as Spanish 21, is played on the blackjack table and it has a customized layout with specific rules. Here are some of the rules of the game:

These are some of the rules of the Spanish Blackjack. Most of the rules are the same as other game variants, but it has its unique difference.

If you live in any of the Latin American countries and you are conversant with casino games, you would be familiar with Spanish Blackjack. If you have not attempted the game, you should give it a try, as it has many exciting turns that will keep you at the edge of your seat. Of course, you can play the game from the comfort of your home without visiting any physical casino too.  For more information on Spanish Blackjack / Spanish 21, check out the entry in the Encyclopedia of Blackjack.