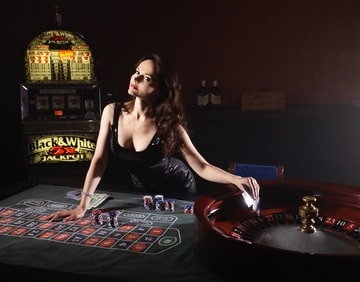 
While online casinos have evolved quickly over the years to deliver an experience better focused on the customer experience, the truth in the background still remains that the odds are always somewhat tilted in favor of the house. After all, it is how the casinos make money. Players looking to win will always follow some general rules and strategy too.   Whether it be sticking to certain game providers such as Pragmatic Play or to certain games that provide the best winning chances it is always a challenge for the player. If you’re looking to play the odds at the casino, however, there are many games that are better than others.

Blackjack is the undisputed top game if you’re looking to improve your chances of a win. Often tipped to be anywhere around 50% with a percentage either side, it’s understandable why it has remained a player favorite. You’re not competing against other players to increase your chances of losing, and in some instances what other players get can even help you, and with rules that are easy to understand it’s a game that’s accessible to a huge number of players too. If you’re looking for the best odds, blackjack will be the game for you. In general, the house has about a 1 per cent chance (or less) in advantage at most casinos. Depending on the rules of the house, the overall probability of winning a hand in blackjack is about 42.43%, with a tie at 8.48% and the chance of losing at 49.09%. You can see why it remains so popular.

Slots are at the other end of the scales

While the odds are never publicly stated, it’s well known that slot machines typically sit on the lower end of the winning percentage. While some consider online casinos to be more fair than their offline counterparts, these games still round out in the lower percentages for winning and have even been touted as the lowest winning percentage game per time played of all casino titles. Some countries are issuing change that could lead these to be more player favored, but the lack of control and randomness certainly don’t help, and for many are a game that should only be played for enjoyment, and not in the hopes of securing a big win. The return to player is known as the RTP and it is calculated from 1 to 100. Most slots are between 92-97% and you should always look to play at slots that are offering 96% or above but this can be difficult, considering many do not advertise this. Despite the odds being out of favor for players, it still remains one of the longest standing and most popular casino based games and this is not set to change anytime soon.

A mix of games in the middle

Games of chance often float around the middle for most, with some that move more toward the blackjack odds than the slots odds and others not so much.   Many of these games like craps and roulette offer very much the same where they’re easy to understand and easy to play, making them much more accessible to new players with odds that aren’t terrible either. Some of these games often lend themselves to different wagering strategies too, so if you’re looking to try what has worked for others than these may be a great testing ground especially with low limit options too. The chances of winning at roulette obviously changes based on how you are playing but if you are simply going for red or black then it is 46.37% through American roulette and 48.60% on European roulette.1)In general, there are two forms of roulette – American (38 numbers with two zeros) and European (37 numbers with a single-zero).  The house advantage in American roulette is about 5.26% while European roulette is about 2.7%.  It is obviously better to play this game with European rules.  Players will also occasionally find some variations to these rules.  Casinos have even offered triple-zero roulette which increases the house advantage above 7%… ouch!!!!  If you are interested in the possibility of advantage play in roulette check out Arnold Snyder’s article published in 2012. The odds will of course change drastically if just going for certain numbers. Then for craps the odds of winning are around 50 per cent and the house is believed to have an edge of around 1.4 per cent (pass and don’t pass line), putting it in line with the other games on offer across the casino floor.  Odds wise, craps is by far the best casino game for the players besides blackjack.

Ultimately playing at a casino is always a gamble, but doing whatever you can to increase your odds of winning can certainly make your playing experience much better too. This is why you should always do your research before playing and then play the game that best suits you!