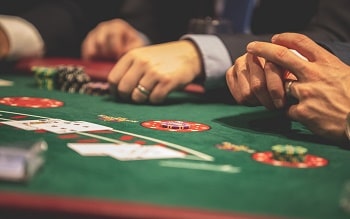 
The game of blackjack is evolving, whether traditionalists care to believe it or not. It has had to adapt to the ever-changing landscape of the internet gambling scene and is competing with other highly progressive games such as slots when it comes to attracting players. When developers come up with innovative ways of playing the game, they need to bring in as many players as possible. Looking back in history will give game creators some good ideas about how to market their original offerings, with the introduction of Atlantic City blackjack in 1978 being a landmark event in the timeline of the card game.

What is Atlantic City Blackjack?

Atlantic City has long been one of only a few places in the USA in which gambling was legal. But the New Jersey city didn’t earn that status until the late 1970s, which was way after Las Vegas had boomed in popularity and become a major gambling hub. Blackjack had been played in the Nevada city for decades, and the best players in the world would flock there for the most prestigious games.

When casinos first opened in Atlantic City, owners knew they had to do something different to attract customers and encourage them to play. They opted to freshen up the rules of blackjack and offer their own variant of the game. This helped to give them their own identity as well and set casinos in Atlantic City apart from those found in Vegas.

Casino owners decided to introduce a liberal new rule called the early surrender. It meant that players could cut their losses when they had a bad hand and improve their chances of making returns overall. When blackjack first got its name, casino owners had done something similar. They offered much-improved odds on hands that consisted of blackjack and a black ace. Neither this rule nor the early surrender rule in Atlantic City lasted long, but they both served their purpose of alluring players to the tables.

Now one of the Most Popular Variants

Despite dropping the early surrender feature, casinos in Atlantic City decided to tweak the rule set slightly so that their offering still had a unique identity. Some of the different rules include dealers having to stand on a soft 17, and dealers being able to peek at their hole card and reveal a blackjack if they have it.

These minor rule changes are favored by players because they save money from unsuccessful splits and double downs.1)In many European casinos, the dealer waits to take a hole-card until after the players have played out their hands.  This has the unfortunate effect of players losing on their double downs and splits if the dealer reveals a blackjack. The fact that the Atlantic City version is so prevalent at online casinos shows how it is now nearly as famous as the Las Vegas variant. Players usually have a few Atlantic City options to choose from, with games like Atlantic City Blackjack Gold Series and Atlantic City Multi-Hand being standout offerings. These games were created by Microgaming, a company with a rich history of producing top-quality content for the online casino industry.

VR Blackjack Could Use a New Rule Set

With virtual reality expected to be worth $12.2 billion by 2024, it is reasonable to assume that the technology will permeate the online casino industry. Indeed, Microgaming has already developed a VR Roulette offering, and developers like NetEnt have been working on VR slots. VR will likely become a bigger feature of online casinos when the hardware goes mainstream and is more accessible for the end-user. At this point in time, there is no doubt that blackjack will get a VR makeover. This is because it is one of the most popular casino games ever, and it has always adapted to changes.

When VR blackjack first comes about, it could help if developers and operators offer an exciting new rule set to get players interested in the beginning. This could come in the form of providing improved odds, and it could act to encourage more people to buy into VR.

Judging by how famous Atlantic City blackjack is today, it was a wise move of casino owners in the late 1970s to offer their own rules. Operators in the modern age should learn from this as they release advanced variants. It could help the VR industry to explode if online casinos do something like this.