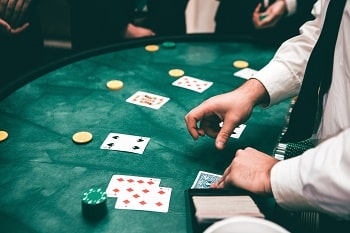 Blackjack may be best known as an iconic table game found at pretty much every casino on the planet, but there is more to the classic card game than the single player experience. Although many aspects of blackjack come down to chance, players like Stu Ungar and Bryce Carlson have shown that it is possible to rise to the top through skill. Therefore, blackjack tournaments are growing in popularity in the US. They separate the amateurs from the seasoned pros and give players a chance to earn recognition for being the best in the business. Here’s all you need to know about U.S. blackjack tournaments.

Tournaments Go Beyond the Everyday Rules

Anyone interested in taking part in a blackjack tournament first needs to get to grips with the general rules of the game. The best way to do this would be to read a detailed online blackjack guide such as the one found here. Not only does it take a deep dive into the basic rules of the game, but it also discusses the variations that can be found online. After mastering those elements of the game, players should look to find out everything they can about how the dealer has to act in any situation.

By knowing the foundational concepts of blackjack, players can develop strategies that help improve their chances of winning. A lot of these rely on memory and knowing exactly how to act in any given situation. For instance, seasoned players will be aware of what they should do based on their hand and the dealer’s up-card in any scenario. Tournaments exist to let these players test their skills in the most competitive situation possible.

What is the Tournament Format?

Having a strong understanding of blackjack is essential, but players should be aware that the tournament version of the game differs greatly. On top of that, different casinos will have their own rules as to how the competition will play out.

Just like in a poker tournament, players begin with the same amount of chips in a blackjack competition. In most blackjack tournaments, players must pay a buy-in at the start, but after that they use the chips that are already in play. In other words, they don’t need to stake any more money after the buy-in. Players don’t play against the house in this format. Instead, they play against each other. The winner of the table over a certain number of rounds then goes on to play winners of other tables in a knockout-style arrangement.

How do you Win a Blackjack Tournament?

The winner is the last person standing at the end of the tournament, after having defeated the other players. The way to prevail in one of these events is to go into it with a clear strategy. For example, you may want to place smaller bets in the earlier rounds to watch your opponents take each other out first. Alternatively, betting big in the early stages could be the best way to develop an unbeatable stack. Being able to adapt depending on the other people at the table is the key to victory.1)For expert tournament strategies be sure to check out books such as Stanford Wong’s Casino Tournament Strategy.

Where Are the Best U.S. Blackjack Tournaments Held?

The USA is the birthplace of the modern blackjack game we know and love today, and it is home to the biggest and best tournaments in the world. Las Vegas hosts some of the best-known options, where players compete for grand prizes that often exceed $100,000. These tournaments are considered the elite events on the blackjack calendar and are up there with the World Series of Poker in terms of prestige.

If you’re looking to take part in a blackjack tournament, it would be best to try your favorite online or local casino first. These events are becoming more popular, and a greater number of places are beginning to offer them. Find a tournament with a buy-in that suits you, and prepare to play your best game.

Blackjack tournaments use the general rules of the game, but the main twist is that players face off against each other rather than the dealer. This is an exciting way to play, and it also represents a prime opportunity to test your skills.

One thought on “How Do U.S. Blackjack Tournaments Work?”