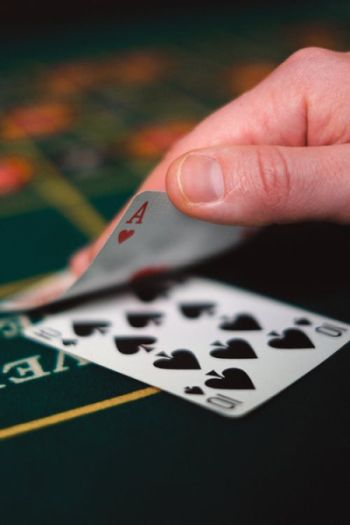 When the online casino industry first emerged, blackjack was one of the initial games to be digitized. This was no surprise, as it had been among the most popular casino games for the best part of a century up to that point. However, as the online gambling scene has grown, technology and games have progressed. Now, it feels as though blackjack may be at a turning point, where it needs to evolve to stay relevant.

Blackjack Has Stayed Popular for More than a Century

The amazing thing about blackjack is the fact that it is still the world’s most popular card game after all these years. Even during the poker boom when Texas Hold’em threatened to usurp it, blackjack stood strong and remained one of the go-to games for online casino players.

There is a good chance that blackjack can continue to stay popular, attracting players well into the future thanks to its simplicity and the thrills it provides. On the other hand, though, new casino-playing generations could be in search of more advanced offerings. For this reason, there are some ways that blackjack could be brought forward with technological advancements.

The Evolution of Slots is a Model that Could be Followed

Few casino games have evolved more than slots over the years, and developers have constantly striven to push things forward in this genre. They are by far the most popular casino game, and often feature on the home page of online casinos as a way to entice players. For example, when you look here, you’ll see that the main draw for this site is the wide variety of games available. They include titles based on famous characters like Sherlock Holmes and historical options with Egyptian themes. Naturally, games like blackjack remain a permanent fixture when it comes to online casinos.

Game lists like this highlight how there is so much variety in the slots industry to suit a wide range of players. The themes are there to appeal to different people. Also, because of the competition, progression in technology comes thick and fast. Blackjack developers could think about using themes as a way to make their games alluring to a greater number of people. What’s worked for slots up to now could easily be applied to the card game.

AR and VR Incorporation is a Must

Augmented and virtual reality are still expected to take the online casino industry by storm in the next few years, with analysts predicting a spike in the industry in 2023. It is expected to reach $142.4 billion by this time, indicating that it could be turning mainstream. Online casino games like blackjack could be enhanced by this technology. Perhaps players will be able to put on headsets and feel as though they are actually sitting at a blackjack table, playing the game.

While blackjack may not have changed that much over the years, there have still been a few key developments in the technology that have kept the game relevant. These have included twists on game-play and live streaming of tables. Blackjack will most likely evolve further in the years ahead, and developers may start including themes along with VR options.