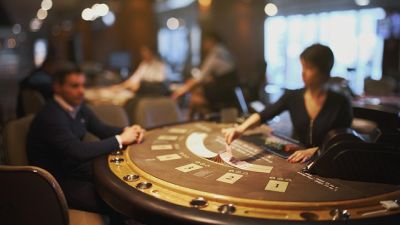 
Blackjack remains one of the most popular card games in the world, with the same general rules followed in most countries where it is played. Yet, the example of Finland shows us that there are still some unique ways of playing the game.

Playing in a land casino or other physical location in Finland or Sweden for the first time can bring a surprise or two, as the live blackjack rules here are set by the authorities. While the general aim of the game is still to try and get a better hand than the dealer without going over 21, the unique rules make it more difficult to do this.

The game is played with six decks of cards and the dealer doesn’t give themselves their second card until the players have concluded the actions on their hands. Players can double down on 9, 10, or 11 and can split hands but can’t surrender.

In this version of blackjack, the dealer has to stand on all 17s. You can’t double down following a split in Finland, although reports confirm that you can do this in the version of the game played in Sweden, where the rules are similar but vary slightly.

Thankfully there is an alternative, as the type of online casino in Finland1)Link no longer available: https://supersevencasino.fi/ offers now don’t have to stick to those live blackjack rules and uses more typical rules. If you prefer to stick with the live card game experience, you can try live dealer blackjack, with baccarat and roulette among the other games where a human dealer appears on the screen.

This means that Finnish players can choose from a wide range of blackjack variants that use the more traditional rules and lower house edge that we are used to seeing in other countries. Each game has its own rules listed on the site for you to read through and understand before placing your first bet. 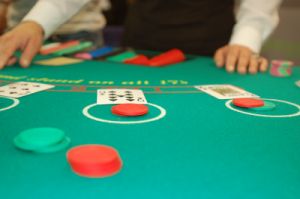 The Main Issue with Playing Blackjack in a Live Setting

The rules we have looked at so far are all fairly standard and there is nothing to cause too much surprise to anyone who has played blackjack before. However, there is one significant rule that affects your chances of winning money in a land-based game.

This is because you lose if you get the same total on your cards as the dealer and they add up to 17, 18, or 19. Normally, this sort of tie would result in a push and you would get your money back, but in Finland, you lose outright. If you tie on 20 or 21, it results in a push.

Some sources suggest that this rule change increases the house edge of blackjack to something close to 9%. Since this is usually one of the casino games with the lowest house edge, there is no doubt that the Finnish rules could be off-putting for anyone who is used to playing with other rules.

It is easy to get started as the game-play is very similar to the Finnish style, but the fact that you don’t lose on certain tied hands helps to improve your chances of winning. This means that the house edge drops back down to the sort of level players from other countries are used to seeing.

The way that online casinos now offer different versions of blackjack with rules that are more helpful to the player should ensure that this timeless card game becomes even more popular in Finland.