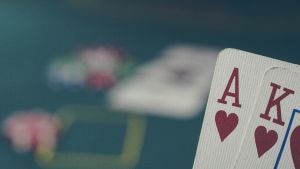 Blackjack is one of the world’s most popular casino games and with good reason. Whether it’s online or at a brick and mortar casino, blackjack can be a hugely exciting casino game that anyone can play.

On occasion, some crazy plays and jackpots transpire that leave players and on-lookers shocked. The following article will look at ten memorable blackjack plays and jackpots. If you’re interested in possibly winning your own huge blackjack jackpot, have a look at Nettikasino247.com where you can find the top online platforms for just that.

Back in 1995, pro gambler and Australian media tycoon, Kerry Packer, placed 20 separate bets of one quarter of a million dollars each. Miraculously each paid off handsomely with one of the biggest recorded wins ever in Las Vegas history. Packer is well known for large stakes and has also lost plenty of times over the course of his long gambling career. However, on this occasion, Lady Luck was certainly smiling on him.  Some reports say he won a huge $40 million in this session.  Kerry Packer died in 2005.

Michael Geismar had an incredible blackjack jackpot win at the Bellagio Casino in Las Vegas. The investment banker was having breakfast at the time when he decided to place a $300 stake on a game of blackjack. Incredibly, Geismar walked away with just shy of half a million when he pocketed $470,000 in a six-hour stretch at the blackjack tables.

A group of MIT students and ex-students profited immensely from card counting in the 1980s and 90s. They allegedly won over half a million dollars in a single night using the strategy as a team. There was even a film made in honor of this daring group of students and aptly named 21.  In today’s modern casinos this strategy is much more difficult and it is certainly not possible in an online casino but at the time it was a winning strategy for these MIT graduates.

An unidentified man who walked into a casino without shoes hit the big time when he decided to play blackjack. The man used a $300 social security check and chanced his arm with a series of unusual plays. His luck was in and the man reached $1.5 million before losing most of his winnings by not quitting whilst ahead. A disappointing ending but a crazy story, nonetheless.  This story can’t be completely confirmed but was compiled from several 1995 newspapers.

Ken Uston used his highly skilled math ability and card counting skill to calculate probabilities and make excellent judgments when he played blackjack. His careful analysis led to him and his team wins exceeding $4.5 million in Las Vegas and Atlantic City in the late 1970s and early 1980s. Uston published several books on the game of blackjack as well.  Unfortunately, Uston died in 1987.

Famous Hollywood actor, Ben Affleck isn’t impartial to a game of blackjack and has won approximately $800,000 playing the game. The celebrity tipped staff $145,000 but has recently been banned for allegedly counting cards.  As a result, Affleck appears to have turned his attention to sports betting instead.

Business tycoon, Don Johnson, claimed over $15 million in winnings during a five month period at the start of 2011. The Heritage Development CEO employed smart tactics when playing blackjack, taking advantage of house rules and loss rebates offered by the casino. Once again, his tactics landed him with a ban, preventing him from continuing his onslaught on casino jackpots.

The President of the Ultimate fighting Championship, Dana White, loves a game of blackjack. White has won millions playing blackjack in Las Vegas but has also encountered several bans. Nevertheless, White has not left empty handed, showing off a mock UFC belt after “dominating” in Palm Springs.

CEO of Vice Media, Shane Smith, won a jackpot of $100,000 whilst at a consumer electronics show in Las Vegas. Upon winning, Smith decided to celebrate with an unbelievably expensive $300,000 meal at Prime Steakhouse. Although the win itself isn’t ridiculously big, the celebration certainly was. It’s very unlikely many other blackjack jackpot winners went quite so big on their next meal!

This last jackpot winner made the inspired choice to switch up from his usual game of roulette. Fifty-three year-old taxi driver Goksel Selay made the call one night and won $132,000 as a result of his change of heart.  Later, the driver mentioned a dream he had had in which he did just that as the inspiration behind his decision. He spent the winnings renovating his house and buying a car for his wife. The taxi driver claims he didn’t use any particular tactic, he just went with his gut and luck happened to be on his night on that fateful night where his life would change forever.  Don’t you wish all dreams like this would come true.