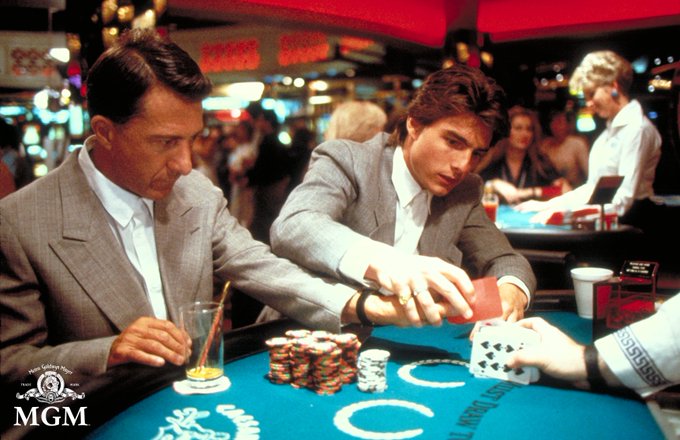 Blackjack is arguably one of the most popular and well-known casino games globally. It is no wonder the game has been featured in numerous top films over the years. In the meantime, if you are a punter1)For those who are unfamiliar with the term “punter”, the Cambridge Dictionary defines it as “a person who gambles or risks money guessing the result of something“. in Pennsylvania, you can take advantage of the PA Lottery Bonus Code for a chance to grab bonuses. In this piece, you will read about five of the best movies featuring blackjack.

The Hangover is undoubtedly one of the most hilarious films of the 2010s. In the film, four friends head to Las Vegas for a stag night. After a night of hitting the town, three of the friends wake up the next morning without memory of what ensued the previous night. To make matters worse, the groom is missing.

The three retrace their steps to try and find out what happened and find their friend in time for his wedding. In the process, the three are tricked into believing that their friend is being held hostage, and the ransom money is $80,000 USD.

Alan, played by Zack Galifianakis, decides that he will raise the ransom money by playing blackjack using the card counting techniques he discovered in a book titled The World’s Greatest Blackjack Book. Unbelievably, he wins.

This is a Martin Scorsese classic gangster film of 1995. There are many games being played in the movie. However, one of the best scenes in the movie involved blackjack. Robert De Niro featuring as Sam Rothstein, takes over operations at the unreal Tangiers Casino in Las Vegas for the mafia. He is accompanied by his buddy Nicky Santoro a role played by Joe Pesci.

Santoro catches gamblers cheating at blackjack and grabs the player. He gives the cheating player two choices: forfeit the game or keep his winnings and face the consequences of cheating.

Rain Man is a 1988 multiple Oscar winner. Tom Cruise and Dustin Hoffman star in this movie centered in the game of blackjack. Cruise features as Charlie Babbitt. After his father dies, he discovers that he has an older brother that is an autistic savant. His brother, Raymond Babbitt, played by Hoffman, inherits $3 million USD from his father.

The two brothers meet and Charlie convinces Raymond to go to Las Vegas on a card-counting tour. Raymond’s autism allows him to count cards to a very accurate degree. It even looks like the duo cannot lose. If you care to know, things did not go as planned!2)Most of the movies listed above do not depict blackjack card counting correctly or realistically.  Even the movie 21 is embellished to a great degree. If you want to learn how to count cards correctly to gain an advantage over the casino be sure to check out the Blackjack FAQ page first on this web site.

This is a 2008 movie based on the true story of the MIT Blackjack Team. It is about a professor coming up with a team of six students who become experts in counting cards. The gang heads to Las Vegas now that they are armed with a way of increasing their winning chances at the Strip’s casinos. If you are looking for a film that is all about blackjack, then this is your film.  In real life, The MIT teams operated successfully around the world between 1979 and the late 1990s.

The Austin Powers comedy movies don’t center around gambling, but there is an epic scene in the first movie. In a game that features Number Two and the old-fashioned Austin Powers, Number Two disregards advice to stick on 17 and insists on hitting.

Unbeknown to Powers and the other players, Number Two’s x-ray vision enables him to see the next card to be dealt will be 4, and would enable him to reach 21.