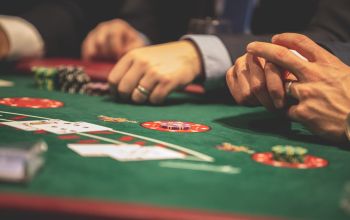 If you take all the casino games that have been digitized since the online casino boom, blackjack is one game that has remained relatively similar to how it was in the pre-Internet days. Roulette games feature virtual wheels and animations, and slots are worlds apart from the machines that came before them. It seems that, while other offerings have evolved, blackjack has continued in the same way it always has. Or has it?

The General Rules Remain The Same

A lot has changed in the way people play some modern casino games, such as slots. For example, the games found online today have multiple win lines, whereas the original models only paid out when three symbols matched on the middle row. There are also side games and bonus features in abundance in online slot game offerings. Hardly anything has changed about blackjack, though. Indeed, the simple and easy-to-learn rules that led to it becoming the most popular card game in the world are still there. Developers are, perhaps, worried to alter the game too much because of its success to this
date. It could also be argued that messing around with the rules of the game could change it entirely and it would lose its essence.

One Major Thing Has Changed

While the rules of blackjack may have remained fairly standard over the years, there was a major change that many people may not be aware of. Although the card game that requires players to get as close to 21 as possible and beat the dealer has existed for centuries, it hasn’t been known as blackjack for this long. That name first came about after the game had moved across the Atlantic and was gaining traction in the USA.

According to the legend, some of the gambling houses that adopted the game early started offering enhanced odds on a certain hand. Indeed, one of the bonuses that were said to be on offer initially was a ten-to-one payout to hands that consisted of the ace of spades and either of the blackjacks. This offering was designed as a way to entice people to play the game, and it quickly became known as blackjack.

Obviously, returns like this are not in the casino’s interest at all and there have been other ways to give the house an edge. The proprietors who were dishing out these jackpots quickly realized that it wasn’t sustainable, and reverted to playing the original odds. Although the hand was no longer any more valuable than a hand of 21 made through other means, the name stuck and is still used to this day. A more recent event is the development of 6:5 blackjack, which reduced payouts for players. While this is arguably only a smaller decrease for players in isolation, it would prove to be quite a saving for the casinos in Las Vegas. Naturally, players have more choice today and do not necessarily have to go to Las Vegas to play blackjack. 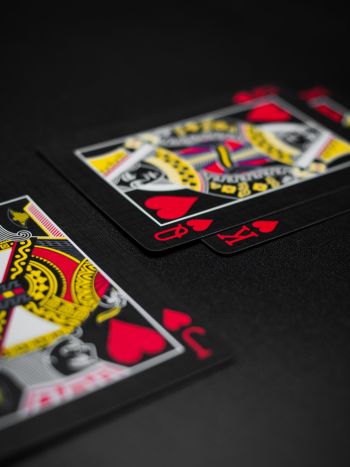 New Offerings Have Cropped Up

Despite the rules of the game remaining the same as they always have, there have been some modernized editions of blackjack that have crept up in recent times. Having a wide selection has been key to the popularity of online casinos, so it hasn’t been enough for sites to only offer one or two blackjack games.

The need for variety is highlighted by the range of games on show at major online casino sites like Royal Panda. There are 18 different games for players to choose to play here, with variations between each. These include regular blackjack, Atlantic City Blackjack, European Blackjack, and Blackjack Live. There are also some twists on the traditional game which include Blackjack Party and Speed Blackjack. There is something to suit every player’s needs here, but the general spirit of the game remains the same. These variations on the classic game walk a line between familiarity and innovation.

How Could Blackjack Evolve?

Perhaps the main reason why blackjack has evolved so little over the years is down to the fact that many people believe that any major changes would cause it to lose its original appeal. But would that really be the case? If you look at poker, there are numerous variants that all have similar rules at heart. For example, Texas Hold’em and 5-card stud are played in diverse ways, but they both value the hands in the same order.

There are other ways that blackjack could evolve without changing any of the rules, though. For example, developers may choose to take the same route that has proved to be so popular for slots. This would be to create themed versions of the game. In long lists of slots, themes have been an excellent way to get the attention of players. Considering the variations mentioned above, these subtle changes are already underway without players even realizing it. One other aspect to consider is streams and live dealers. This may potentially impact the game, but it’s hard to speculate due to how new this trend is.

Slot games tend to be based on films, television shows, and other recognizable things. Research has found that people are drawn to familiarity, and are more inclined to play a game with a theme they know about. If blackjack developers decided to follow suit, there could be themed blackjack games that involved popular characters from television as dealers, for example.

Blackjack hasn’t needed to evolve much to this point. But as technology develops, there may need to be some more advancements for the card game in the future if it is to remain relevant.