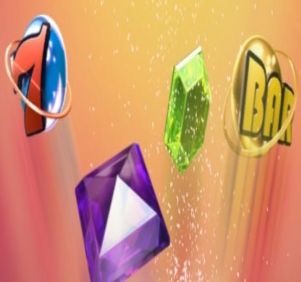 Online betting is now a multi-billion dollar strand of the gaming industry, having exploded in popularity over the past couple of years and established itself as the go-to preference for gamblers of all types and styles. The accessibility of taking the thrills and spills of wagering with you where you go is arguably the biggest fuel to the success of online betting, but there are also a whole host of innovative technologies and features that have been allowed to blossom on the digital stage and help the community develop its own identity.

The competition in the online betting industry is only growing more and more fiercer as it grows, and every single house or operator is looking for the latest innovations to help them stand out from the crowd. The likes of NetEnt, Playtech and Microgaming are amongst the leading lights for game operators in the industry.  Here are some of the most innovative games and features they have brought to the scene in recent times.

As technology continues to improve, the capabilities of what mobile and desktop games can present in terms of themes and visuals sky rockets. One of the great developments over the previous decade or so in the gaming industry is the greater refinement of 3D graphics being used primarily in the video slot community of games.

3D visuals and the improved capabilities of games being able to host the likes of 720p and 1080p graphics has led to a whole new landscape in what makes a successful casino title. Examples such as the Age of Gods series are examples of how stunning and striking these games have the potential to be and, for many users, these types of games now offer the feeling of being engrossed in a story or an adventure just as much as they revolve around trying to line their pockets.

A trend that first began with the innovative technologies over at NetEnt HQ through series such as Gonzo Quest’s Avalanche Reels are fast becoming one of the most innovative game designs to have shaped the modern generation of slot gaming. Much like the old retro Tetris games of old, games that are centered around their Avalanche Reels see items dropping down rather than being spun out of the game like in most traditional slot games, be they virtual or real world based.

Winning lines cause explosions that drop more items into place, and this avalanche effect can often lead to some thrilling bursts of action as winning lines chain each other, lining players’ pockets more than most other games out there.

The Impact Of Crypto Gaming

For those unaware, cryptocurrencies are open-source digital currencies that have emerged as one of the most hotly discussed versions in the new age of banking. Bitcoin is perhaps the most well known of these, having emerged onto the scene in 2009. Bitcoin is unique for transcending over the boundaries of nations’ borders and the regulations and fees imposed by banks.  Sites such as Esports betting experts Unikrn.com have really helped lead the way in introducing more crypto currency options into their casino games through flexible depositing options.

With most of these cryptocurrencies worth an absolute fortune to most casual players, wagering on/with them can be a tantalizing and innovative way of living the life of a true high roller.

Whilst the world of gambling is undoubtedly an already popular industry, bringing a new game to market with an audience of millions around the world already built in is always going to be helpful in taking the success of said game to the next level up. And that certainly seems to be the thinking in how much the rise of licensed games have begun to dominate the gambling industry in recent times.

The world of superheroes seems to have been the most tapped up market throughout this, with both Marvel and DC’s biggest mascots finding themselves ported into the casino world. The likes of Iron-Man, The Incredible Hulk, Batman and Superman have all had video slots themed around them, and helped bridge the gap between the gambling and entertainment worlds.

As well as superhero and big blockbuster flicks being the center of themes, casinos have also begun to embrace other bits of media from the entertainment industry. From hugely successful series such as Game of Thrones and The Walking Dead, to long running game shows such as Catchphrase, Deal or No Deal and Jeopardy have all been introduced by operators to casinos and are always amongst the most popular picks with players that visit them.