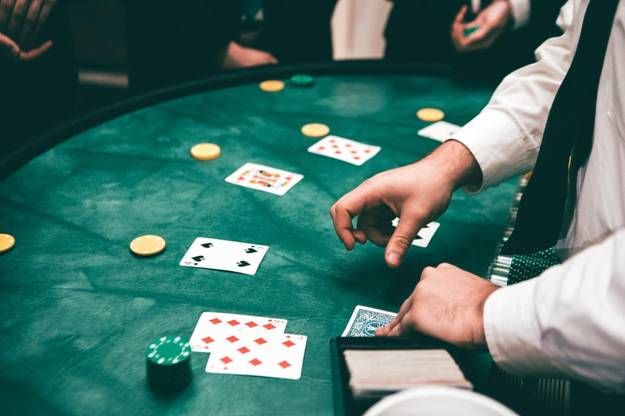 
Blackjack, formerly called Black Jack and Vingt-Un, is an American member of a global family of banking games known as Twenty-One. It involves comparing cards between a player and a dealer. The goal of the player is to beat the dealer by obtaining a hand of 21 or less or allowing the dealer to bust over 21. Blackjack is considered the most widely played casino banking game globally.

The experts stated here below have all made an impact on the world through the game.

Bryce Carlson had always wanted to beat the casinos and for that reason, he began playing the game. He got better by smartly playing with other players that he met and developing a strong relationship with other experts.

Carlson wrote one of the best books on blackjack and titled it, Blackjack for Blood. He also developed a sophisticated blackjack and card counting computer program called the Omega II Blackjack Machine.

Lance Humble, aka Igor Kusyszyn, started as a teacher at York University in Toronto. His course was supposed to be about horse racing, but the students seemed more interested in learning about the games at casinos. So he started to do some research of his own.

Soon he became well versed in the game of blackjack and he was able to make a profit with his new skills. So he decided this game was for him and decided to continue to hone his skills. He wrote a book with Kenneth Cooper titled The Worlds Greatest Blackjack Book. He is most well known for his development of the Hi-Opt I and Hi-Opt II card counting systems.

Arnold Snyder is one of the best blackjack players in the world and an expert teacher in the field. He wrote several outstanding books that relate to the game of blackjack and published Blackjack Forum magazine for over 20 years.

Arnold also developed software called PowerSim Blackjack Card Counting Simulation Software that helped players learn all the basics of the game. It is available to players who need to learn how to play the game free of charge. A 2003 member of the Blackjack Hall of Fame.

Born in Georgia during World War II, Wong’s real name is John Ferguson. He always loved games and always tried to figure out a way to beat the games using different tactics. He was not interested in competing with other people until he had figured out the best way to win on his own first.

After turning 21, he went to Reno and kept making trips to other casinos playing blackjack professionally. Wong is best known for publishing the card counter’s resource Current Blackjack News and several excellent blackjack books. A 2003 member of the Blackjack Hall of Fame.

Ken stumbled into the game accidentally. He was never interested in playing cards until the day he decided to make changes in his life.

One night after work, Ken met Al Francesco, who got him introduced to blackjack. Soon he tried out his skills in small games until he became an expert in Las Vegas. When he saw the amount of money he could gain playing this game, he quit his job and played full time. Uston and his teams won millions in Las Vegas and Atlantic City casinos during the late 1970’s and early 1980’s. A 2003 member of the Blackjack Hall of Fame.

Keith Taft is renowned for the first blackjack computer in 1972. He produced lots of electronic ways for players to beat the game. This included smaller calculating machines and cameras, used to see the dealer’s hole cards. At the time, these devices were used legally to beat the casinos through 1985.

Keith worked alongside Ken Uston in a team to test his devices. A 2004 member of the Blackjack Hall of Fame.

Edward Thorp is the author of the book Beat the Dealer and several blackjack card counting systems. His book is considered a classic and revealed for the first time that the game could be beaten. Most professional players have read his book and used his card counting system at some point.

Thorp is considered by many as the “inventor” of card counting. A 2003 member of the Blackjack Hall of Fame.

Unlike most other players on the list, Revere began his run on the other side of the table. He started dealing cards at the age of 13 and he fell in love with gambling. Revere was a leading blackjack expert during the 1960’s and early 1970’s and wrote the classic book Playing Blackjack as a Business, which provided players with the first color blackjack basic strategy charts. For many years, this book has been the inspiration for many card counters to start a blackjack career.

He later began work at the casinos as a dealer before going on to be a pit boss and eventually owned a personal casino. A 2005 member of the Blackjack Hall of Fame.

He established the first profitable blackjack teams, thus pioneering the concept of blackjack team play. Players were grouped into different teams and they would gather their bankrolls together to play, and in time, he had developed several techniques like the “Big player” concept and “The Drop”.

Blackjack players adopted Francesco’s techniques and won lots of money in casinos with them. The most prominent was a team of MIT students. Francesco also mentored several big names in blackjack like Ken Uston and many others. Francesco was inducted into the Blackjack Hall of Fame in 2003, to commemorate his incredible talent and daring moves.

He wrote Turning the Tables on Las Vegas in 1976, and in the book he described several techniques to help card counters disguise their skills from casino bosses. In 1999, he published the sequel Burning the Tables in Las Vegas, in which he proposed a risky betting strategy called the The Ultimate Gambit, which helped card counters increase longevity at the tables. Andersen was a master at blackjack camouflage betting and behavior decisions. A 2012 member of the Blackjack Hall of Fame.

Tommy Hyland is a professional blackjack card counter and player. He once stated that he began playing blackjack in 1976, after reading Lawrence Revere’s book Playing Blackjack as a Business.

He began playing blackjack in 1979, and shortly after that, playing and managing blackjack teams was his full-time job. Hyland started his career with an initial team of three other players where each team member put $4,000 into the team’s bankroll; which multiplied to $50,000 in a couple of months.

Thanks to “Early Surrender,” the new rule introduced by the Atlantic City casinos, gave experienced players like Hyland a significant edge. Soon after Hyland’s first-team collapsed, he formed another team, recruiting and training new players for his team.

Hyland turned out to be an excellent team manager. Sometimes his team had up to 30 members and he managed them as well as he managed a team of four players. Hyland’s team is still active today. A 2003 member of the Blackjack Hall of Fame.

Some people see Don Johnson (not the actor) as a genius while others say he is a demi-god. Well, they could be right as he has a rich resume that speaks for itself. He is a corporate executive, a professional gambler, and a blackjack player who doesn’t count cards.

He won Atlantic City casinos for over $15 million without card counting. He exploited loss rebates to gain an advantage over the casino. For his bold tactics to beat the game, he was inducted into Blackjack Hall of Fame in 2017.