Why Blackjack and Poker are More Similar Than You Know 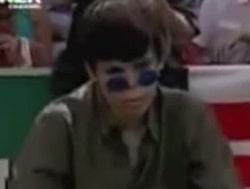 While blackjack and poker may look like two completely different games, there are many similarities between the two. Not only are both games grounded in mathematics and odds, but they also require players to learn on the job through experience. They can both be highly exhilarating, and some players would even attest that the attributes picked up in either game can be transferred to the other.

A number of famous blackjack players, including members of the MIT team from Bringing Down the House, have gone on to achieve success in poker. Well known poker players, such as Stu Ungar and Andy Bloch, have also been renowned for their blackjack skills.

To succeed in either blackjack or poker, players need to have a competitive edge and a strong desire to win. In blackjack, players only face off against a dealer. But when the stakes are high and the casino employee is the one person standing in the way of victory, players need to use their will and determination to bring that person down. This could be compared to heads-up play in poker, which comes about at the end of a tournament when everyone else has been eliminated.

In a huge poker competition like the World Series of Poker, a player would have to get the better of hundreds of others to make it to the final table against the remaining survivors. In 2019 when Hossein Ensan won the Main Event, there were 8,569 entrants to start with. Obviously, the Iranian-German player didn’t need to beat every single one of these people, but he did need to stay in the game while the numbers were whittled down.

When it got to the final stages of the competition, Ensan’s experience became more like a blackjack game. The tournament, which tests players’ endurance as well as their poker skills, came down to Ensan against Dario Sammartino in the final stages. This type of heads-up game will appeal to blackjack players who are used to taking on a single opponent in a battle of wits.

There are some differences, however. In blackjack, players must get the best hand in order to win. But in heads-up poker, players usually try to bet big and steal the huge blinds in each hand, regardless of what cards they are holding. Indeed, in this type of play, it rarely comes down to a flop. In the final hand, Sammartino admitted that his bluff didn’t pay off and that Ensan had outplayed him. The 2019 champion had a pair of kings while the Italian was left with a busted straight. Sammartino took a chance and failed, similar to a blackjack player opting to hit and then going bust.

Basic Skills are the same in Both Games

When you think about poker and blackjack on a basic level, a lot of the same skills are required in both games. To be able to play either, at least a rudimentary knowledge of numeracy is essential. In blackjack, it is crucial as players are constantly calculating their hand’s total value and working out which card would bust them. In poker, advanced players need to calculate their pot odds to determine whether to call or bet. They can also use mathematics to count their outs. This refers to the cards they need to potentially make a winning hand.

Interpersonal skills are quite important in blackjack, as players need to interact with dealers regularly. They are even more essential in poker, as conversation can often be used as a way to garner information about someone’s hand. Players need to be expert socializers who can spot small psychological cues such as a slight change in the tone of an opponent’s voice. Daniel Negreanu is well known for being highly adept at this.

Another common attribute for poker and blackjack players is discipline. They need to be able to endure runs of bad luck without changing their strategy. For example, a blackjack player may be sweating as they play a Martingale technique or keep losing in a high plus count and keep losing. The stakes are getting higher each time, but they need to remember that if they do eventually win, their losses will be cancelled out. In poker, bad beats often cause players to go on tilt. Less experienced players can let this sort of emotion lead them into bad decisions going forward.

Players can Train for Both Games by Limiting Active Learning

In both blackjack and poker, there is a vast difference between a beginner player and an expert. The best players in the business possess a number of abilities that they have refined over time in order to maximize their chances of winning. If the games were simply about luck, how could you explain why Ungar was considered to be among the best in the world during his time as a player? In addition to being highly capable in those card games, the three-time WSOP winner was also the greatest gin-rummy player in the world.

It is true that players can train their brains in order to be better than average at card games. But, according to poker psychologist Jared Tendler, Texas Hold’em and Omaha players shouldn’t act as though they are cramming for a test by filling their heads with more information that they can use. Poker mental strategy is about reviewing hands and concepts that you already know and being clear about what you want to improve on. This is referred to as limiting active learning, making sure that you work directly on the essentials. This advice can also be applied to blackjack.

In blackjack and poker, players are able to learn from the mistakes they have made in the past. By failing in one game, they can assess what went wrong and work on ways to do it differently in the next game. So, training for games shouldn’t be about cramming with as much knowledge as possible, but about reviewing and analyzing past experiences.

Blackjack players who want to improve their skills and get beyond basic strategy could try their hand at poker and may find that they are already quite good at it. The endurance and competitiveness that dominates Texas Hold’em could then be transferable to the blackjack table.