Manila, The Philippines: BK8.com, one of Asia’s biggest brands within the online gaming industry, secured the appointment of the English Premier League’s most successful club captains’ and Chelsea FC legend, John Terry, as the Group’s first Brand Ambassador.

The agreement grants BK8.com the exclusive marketing rights to John Terry as Brand Ambassador for all the Group’ s marketing campaigns and advertising platforms in which he will appear across its major businesses, throughout Asia.

The partnership with John Terry underpins BK8.com’s key values, reflecting its commitment and passion to grow the brand’s visibility to become the leading gaming destination for all Asian players.

John Terry said: “I am excited to begin this partnership with BK8.com! They share my great passion for football and I’m looking forward to playing a role in their many future plans to promote the brand to new and existing players throughout Asia.”

Mr. Lawrance Wayneson, General Manager of BK8.com, said: “We are delighted to welcome John Terry to BK8.com; a man who shares many of the same values with our brand and who is always looking for opportunities to reach greatness. One of the most influential and successful captains to compete at the highest level of club football, John Terry is a true sports icon who inspires fans worldwide to strive to reach the ultimate standards of excellence. John Terry will help engage our target audience in Asia and working with him as a brand ambassador is just one of the many exciting, upcoming projects BK8.com has planned for 2019!”

The agreement is a result of a collaboration between Samson Sport Consultancy and Entourage Sport & Entertainment, who are the commercial agents for John Terry.

John Terry was a strong, tenacious, commanding and physical defender and was known for his aggressive tackling, positioning, leadership and his ability to read the game. He is considered to be one of the greatest central defenders of his generation. Terry was named UEFA Club Defender of the Year in 2005, 2008 and 2009, PFA Players’ Player of the Year in 2005, and was included in the FIFA Pro World XI for five consecutive seasons, from 2005 to 2009. He was also named in the all-star squad for the 2006 FIFA World Cup, the only English player to make the team.

Terry is Chelsea’s most successful captain, having led them to five Premier League titles, four FA Cups, three League Cups, one UEFA Europa League and one UEFA Champions League title since 2004! He is one of only five players to have made over 500 appearances for Chelsea and is also the club’s all-time highest scoring defender.

BK8.com is Asia’s largest online betting agency, which provides customers with access to Asia’s top Sportsbook, Casino, Lotteries and Games brands. BK8.com is Asia’s biggest online casino brand, attracting millions of players to join and play. As the official agent of major gambling brands, they provide a huge range of casino games which deliver a premium experience for each player, whether playing at home or via Smart phone enabling continuous access to fantastic promotions that are on offer. BK8.com offers the highest quality across its wide range of products and services. Their Member Service Support Team is available 24 hours, 7 days a week, to provide assistance.

For more information, visit our web pages online at https://www.BK8.com. 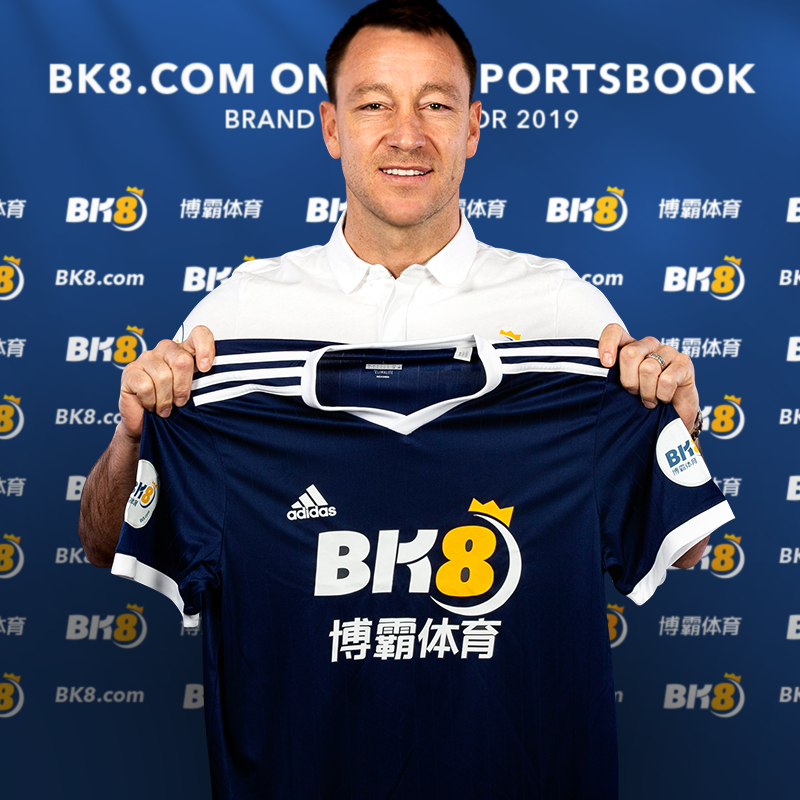